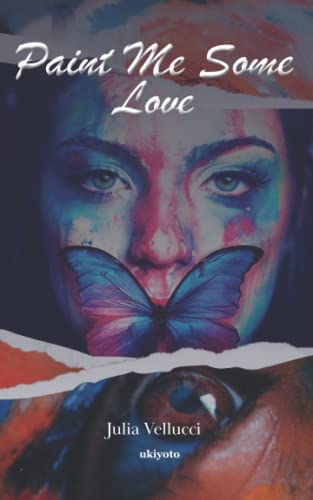 Paint Me Some Love by Julia Vellucci

People say a picture can paint a thousand words yet a painting still caused her thousands of tears until she met him.Love is often associated with romance yet the strongest love prevails that.Laurence Summers, better known as Lauren, thought all the money in the world could buy her the love of others as she blamed her father for naming her Laurence. This is something that she believed made her a social outcast, a fool and bullied wherever she went. But money fixed that for her or so she thought.Stephan Larr, not accepted by his family, believed that he needed a change in identity for those around him to love him.Both Lauren and Stephan didn’t fully understand the idea of love and still don’t.They didn’t understand that you need some sort of love in life to be fulfilled until a wizard brought them to a painted world.A painted world in which they were both separated in empty canvases until four words brought them together in mesmerizing canvases full of beauty and creativity.Join Lauren and Stephan on a journey of self-discovery and love, just not the love you may envision.