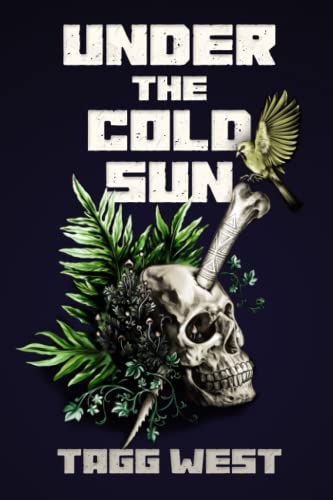 Under the Cold Sun: A Novel by Tagg West

“One hell of a ride. Everything you would want from a novel. I highly recommend it!” (Dillon R.)

State Department anthropologist Matt Moro jumps at the chance to research an enigmatic civilization living secretly in the most remote inhabited place on earth: a cold, windswept island in the middle of the Atlantic Ocean.

Everything goes sideways, though, when an international conspiracy rekindles an ancient civil war as a gambit to gain control over the island’s bountiful diamond mine.

To stop this secretive kingdom from destroying itself and killing him in the process, Moro and a native translator—who has plenty of secrets of her own—must endure an ever-worsening crucible of ordeals that will batter their bodies, challenge their beliefs, and change their lives forever.